BB = Button Bashers neem ik aan?
"Come back when you can put up a fight."
Omhoog 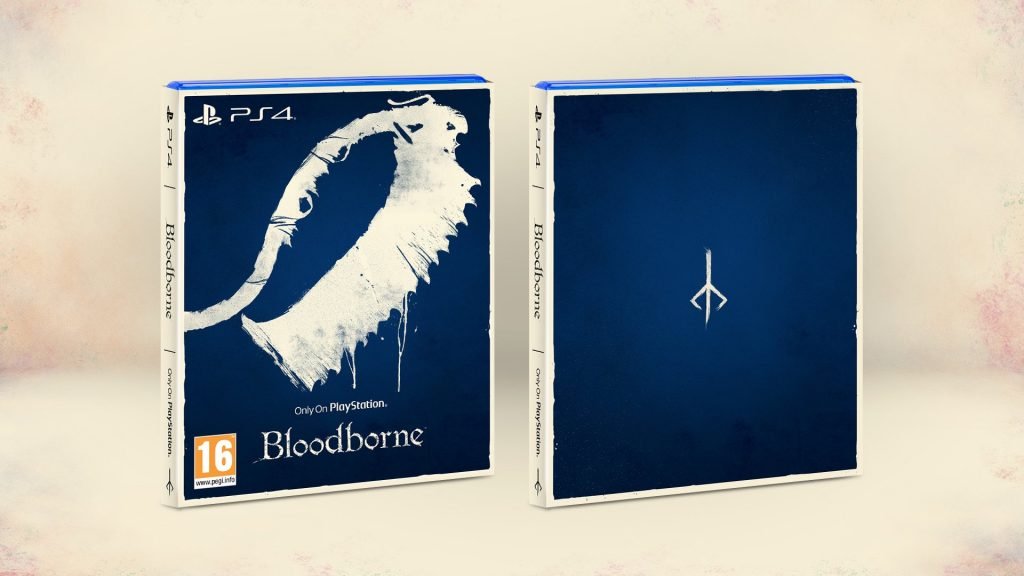 I consider Bloodborne to be an almost perfect game. Is there anything you'd change about it?

Thank you very much. I try not to think too much about which elements I'd improve after shipping a game. But I'd have improved on the Chalice Dungeons and the Blood Gems, that I wish were a bit more detailed, worked more thoroughly. I see the possibility of adding more to it.

Maybe in a Bloodborne 2?

Bloodborne 2. Unfortunately, it's not up to me.

What were your inspirations when you first conceived Bloodborne?

I was inspired by Lovecraft's book, The Call of Cthulhu. Anyone who played the game will likely know that I was heavily influenced by Lovecraft.

Other sources of inspirations were horror, of course, and the film Brotherhood of the Wolf.

Of all the games you've worked on, which one is your favorite?

This is a very hard question, and, comparatively, it's like you had three or four children and someone asked "which one is prettier?". I'm gonna answer all of them (laughs).

But if I were to say which one stayed in my heart the most, it's Bloodborne. It's the one that marked me the most. I believe I did it my way, the way I wanted.

What was the most difficult moment you've faced during the development of one of your games?

I believe I didn't go through too many tough moments, especially because even if I'm overwhelmed with work, busy all the time, I like to make games.

So it's the moment I'm the most happy, in general. And when I finish developing a game, I ask myself "did I really suffer? It's already done?" (laughs).

But the most psychologically draining moment is after the game is being sold, when there are a few flaws, and it ends up bothering users. And in that interval between flaw and fix, it's when I get the most upset.

Which is your favorite boss?

Speaking about bosses, it's probably Old Monk, from Demon's Souls. This boss has a unique system, where the player will face other players. Back then, this wasn't a common system, so I received a few complaints and warnings. But at the end of the day, players liked it a lot, it was very different. So it's the one that stayed with me the most.

When you create a boss, what do you think about first: design, or moveset?

What usually happens is: first comes the design. BUt, when I more or less have the design concept down, I ask the designer to do the art. Then I'll already tell them what they need, and what kind of boss it'll be.

I describe the bare minimum this boss needs, and the rest I leave to the designer. Because I believe this adds even more to the originality. Since if I intrude too much, we'll end up focusing on the game's development logic. I let the designer work on whatever comes up in their head, I think this way we get something more unique.

Any tips you'd give to someone trying to be a game developer?

This is also a very hard question. But I do have two tips. First, I believe that the game itself is a kind of media content that brings many possibilities.

And this happens for two reasons. First of all, the game reflects cutting edge technology, so the more the technology advances, this ends up reflected in the games.

Secondly, it's time. I believe people have more and more spare time, and how they use that time to do something, I think games give a little extra value in this way of using your time, and enriches life with fun.

Another tip is that I also played a lot of videogames before starting to develop them. And what I have to say is that making games is like a game itself, and this is very cool. So I believe people who really enjoy games, and want to invest in that career, won't end up disappointed or sad, because they'll always be playing.

To put it briefly, making games is an area with a lot of possibilities, and it's a lot of fun. So, good luck, and work hard.

What do you enjoy doing in your spare time?

(Laughs) I don't have a lot of time when I'm not working, but when I'm not, I consume all kinds of content, it could be a film, a game or a book. I really like tabletop games.

And recently my son was born, so it has been a great way to use my time, spending it with the family.

But what I like the most is to make games, so to me it's more intense. I apologize to my family (lots of laughs), but I'd like to always be involved in this.

"describe the bare minimum this boss needs, and the rest I leave to the designer. Because I believe this adds even more to the originality. Since if I intrude too much, we'll end up focusing on the game's development logic. I let the designer work on whatever comes up in their head, I think this way we get something more unique."